Out of all the record-setting breeds out there, the Trakehner Horse is one of the most impressive. This elegant, refined horse is the oldest warmblood steed, but they hold other noteworthy titles! Hailing from East Prussia, the Trakehner kills it in the show ring, no matter the competition: jumping, dressage, cross-country— you name it. Plus, they’re handsome to boot.

There is so much prestige surrounding the Trakehner; it’s impossible to let them go unnoticed. Trakehners were specifically bred for their graceful characteristics, and they have retained that beauty in the modern age. They excel in competitions and even make good teachers for new equestrians.

If you’re the proud owner of a Trakehner or still considering whether this is the horse for you, we’re confident that this guide will answer all your questions. Let’s meet the Trakehner Horse!

The East Prussian Trakehner is a warmblood horse with a well-set neck and sloping shoulder. Its build is often described as rectangular. The powerful hindquarters give the breed an advantage in show jumping. All four legs are exceptionally muscular and strong.

The Trakehner’s head is chiseled with a narrow muzzle narrow and a broad forehead. Many people adore the Trakehner’s large, expressive eyes.  When you look at this breed, you get the feeling they know what you’re thinking! 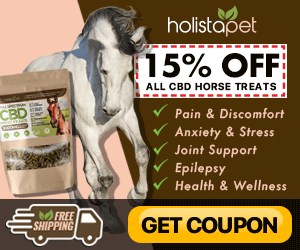 This breed is large for a warmblood. A Trakehner stallion typically stands 16.2 hands high, and mares are smaller. Trakehner mares usually reach a height of 15.1-16.1 hands. They are a light breed, weighing between 1,000 – 1,200 pounds regardless of gender.

Since the Trakehner is large enough to be sturdy but not quite as imposing as a heavy draft breed, it makes an excellent riding horse.

The Trakehner breed gets along with just about everyone it meets. These even-tempered horses are calm, collected, and cool under pressure. Due to its easy-going personality, this warmblood breed responds well to training and is a great choice for young riders. 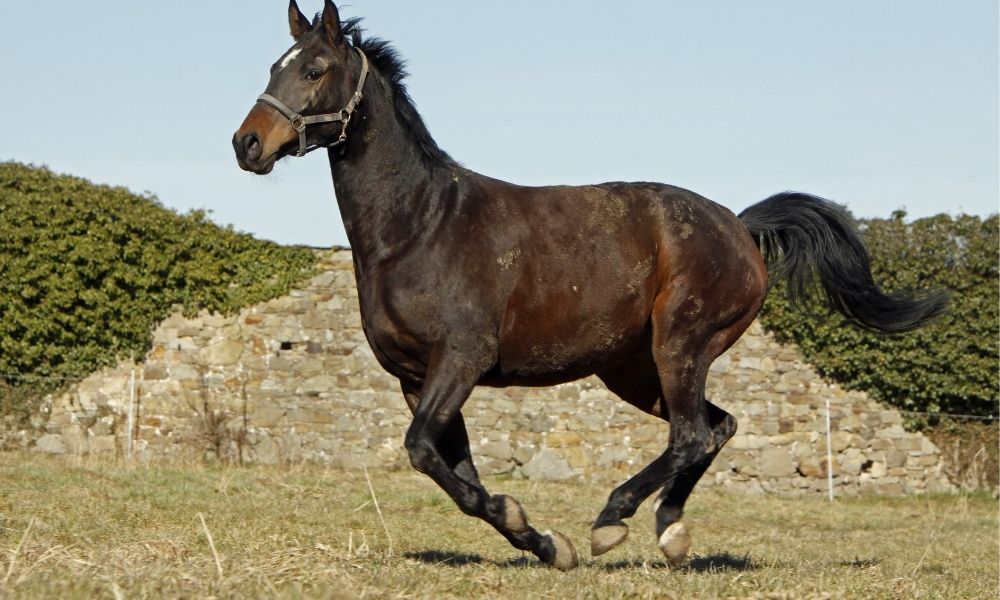 This East Prussian breed is the oldest warmblood horse in the world. Its royal stud was established in 1732 by King Friedrich Wilhelm I, who wanted to design the perfect cavalry mount. The result was the foundation stud, named Trakehnen, after the town in which his farm was located.

The Trakehnen stud was a mix of English, Thoroughbred, and Arabian horse bloodlines. Breeders continued to refine the breed up until the mid-20th century. After leaving the stud farm, Trakehners were cross-bred with East Prussian mares and used for farm work in Germany and Prussia.

The Trakehner served as a riding horse in World War II. While the breed survived the war, its ultimate test came not on the battlefield but over treacherous frozen waters. In 1945, Soviet troops forced East Prussians and Germans to flee west.

Known as Der Treck (“The Flight”), the migrating people brought over a thousand Trakehners to West Germany. As they crossed the frozen Vistula Lagoon, the Soviets bombed the ice, sending scores of people and horses into the freezing waters.

It is thought to be one of the greatest challenges a horse breed has ever faced. The horses that survived made up the Trakehner as we know today, while those left behind in East Prussia contributed to several breeds that still exist.

The official studbook for Trakehners formed shortly after Der Treck. In 1947, the (take a deep breath) Association of Breeders and Friends of the Warmblood Horse of Trakehner Origin was established. This name proved too difficult to be placed on business cards, and today it is known as Trakehner Verband. Feel free to check out their website here!

How to Care for a Trakehner Horse

The Trakehner may be one of the oldest horse breeds of its kind, having survived Soviet bombardment and the Vistula Lagoon’s freezing waters. Still, it requires the same nutrition, exercise, and medical checkups that all equines need. You should take any horse to the vet at least once a year.

These East Prussian horses are impressively versatile, and the best way to train them is by putting their skills to the test. Competitions such as show jumping and dressage are the perfect way to give your Trakehner a workout, teach it discipline, and bond with your steed, all at the same time.

Trakehner horses were bred to be graceful and powerful, so they can excel in many types of sports. Though, this horse is exceptionally talented at jumping. One famous Trakehner named Abdullah even won its show jumping team gold and individual silver medals at the Olympics and the World Cup!

You can exercise the breed’s natural floating trot and jumping abilities at the same time using trotting poles. Here’s what you do:

Feed your Trakehner 2-2.5% of its body weight in forage (hay and pasture) daily. Some horses (especially working steeds) need supplements in their diet, though you should consult a vet should first to see if your horse requires it. Athletic horses like the Trakehner can be susceptible to weight gain, so monitor their eating habits.

Warmblood breeds can occasionally grow too fast for their limbs’ cartilage to keep up. While this condition isn’t common to only Trakehners, you’ll want to discuss a diet that favors slow growth with your vet.

If you want to give your horse food that nourishes their body and promotes natural internal balance, we highly recommend our CBD horse pellets. This nutritious feed was developed by a team of vets to provide horses with exceptional nutrition. With CBD and a perfect ratio of omega 3-6-9 fatty acids, these pellets go above and beyond to maintain your horse’s wellbeing.

What’s CBD, again? It’s an all-natural compound that comes from hemp. People (and now pets!) love CBD because it promotes balance throughout all the body’s systems and provides tranquil soothing effects. CBD can improve a range of ailments like low mood, queasy stomach, soreness, poor sleep, skittishness, and much more.

The Trakehner breed’s coat is usually bay, gray, chestnut, or black. Though, some other colors such as roan and pinto do occur. Like many warmblood breeds, the Trakehner is low-maintenance and does not require too much fuss when it comes to grooming.

Every day after training, use a body brush on your Trakehner. Bathe it as needed, scrubbing down show horses the night before an event. Scrub equine shampoo into the Trakehner’s tail and mane, washing as you would your own hair. After, towel its body and use a blow dryer on its mane and tail.

The Trakehner has gone through a lot of hardship and come out a stronger, more resilient breed. However, it shares some genetic predispositions to disease due to its Arabian influence. These are three genetic disorders that have been found in Arabian horses, so they can also affect Trakehners:

You can uncover all of these conditions with DNA tests. We’ve gathered information on the symptoms and treatment options for these disorders. Unfortunately, there is no cure for these genetic illnesses, though you can prevent them by choosing a responsible breeder. 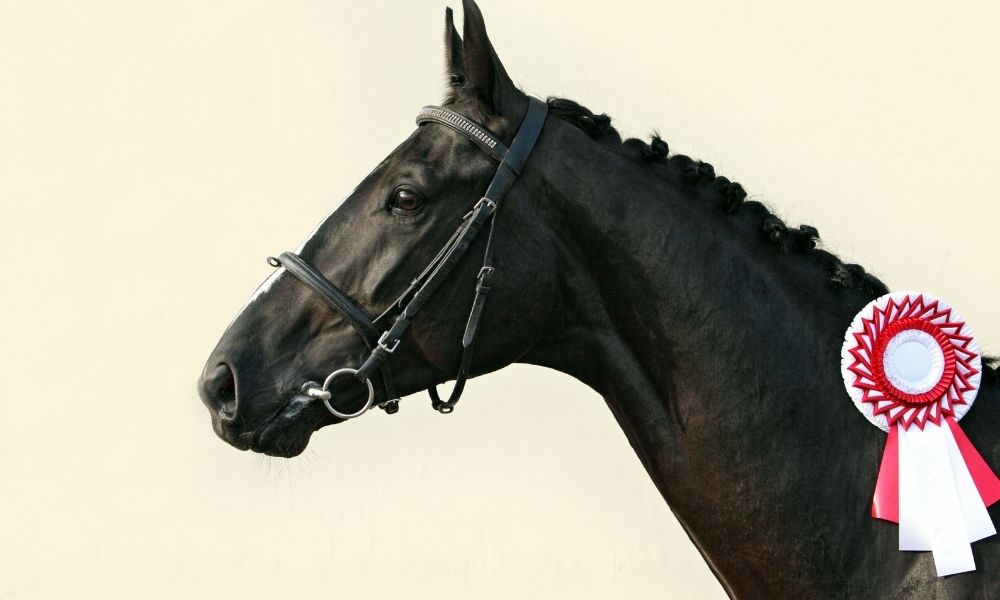 Cerebellar abiotrophy targets the neurons in a horse’s cerebellum. The cerebellum is the part of the brain that coordinates motor functions, causing an affected Trakehner to be at high risk for accidents. Symptoms of this condition include:

You should not ride horses with cerebellar abiotrophy. The disorder is present at birth, and signs are typically noticeable when the foal is younger than six months old.

Severe combined immunodeficiency syndrome (SCIS) causes foals to be born with a compromised immune system. SCIS targets the white blood cells, causing an affected horse to experience symptoms such as:

SCIS usually causes foals to die within their first six months. Otherwise, the horses are euthanized so that they do not have to suffer. If you purchase your Trakehner from a breeder, remember to select one that screens its stock for SCIS.

Affected foals cannot stand and are often born with a diluted coat color. While the disorder gets its name from the lavender color that some foals exhibit, other horses may have different pale coat colors. Most vets euthanize horses with LFS  shortly after they are born.

How to Get a Trakehner Horse

These horses may come from the other side of the world, but modern Trakehners can be found all over the globe. The average cost for an American Trakehner is $10,000, though you can find one for $3,000 or up to $54,000, depending on the discipline and training.

Once you’ve purchased your horse, register it with the American Trakehner Association. Established in 1974, this is the oldest Trakehner registry in the United States. They can help you stay updated on the breed’s health information, bloodlines, and competitions where you can meet other equestrians.

More About This Horse Breed

Today, the Trakehner breed is every bit the elegant, hard-working athlete that it was in World War II. With a long history and unique selective breeding, the Trakehner made it through with a traumatic past with patience and tenacity. We’re so glad that this East Prussian equine came to the United States, and we’re sure you will be too!

William Barrios is a writer with experience in marketing, social media strategy, SEO, and creative content. He has written for comedy, health, wellness, pet care, and entertainment. In his free time, William enjoys road trips, games he can win, and Raising Cane’s chicken. 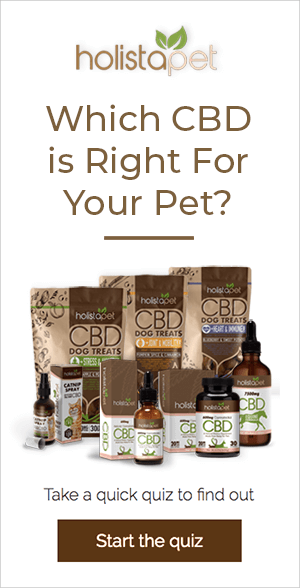